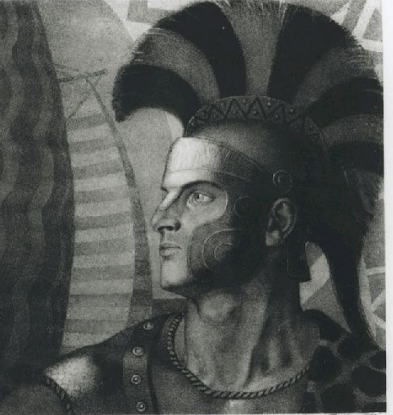 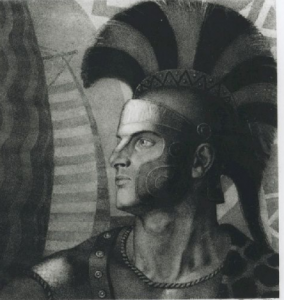 Aeneas was a hero of Troy who survived the burning of fabled city after the invasion of the greeks. Born a demi God and a royal, his mother was the goddess Aphrodite (Venus) and his father prince Anchises. Hector and Paris, so well know from the Illiad,  was his cousins. He became the first hero of Rome and presumed ancestor of Romulus and Remus. As such, he can be considered a mythical founder of Rome.

Now you may wonder why did we bring this up and how it fits into Northmyth. To be honest, not that well. It was a game we started before deciding on the current path for Northmyth and it still fits our fondness of mythology in Northmyth.

Myth of Aeneas. Rise of Rome is a strategy game that is inspired by games like the Heroes of Might and Magic series. The ideas were many and the intentions were good, but we must be honest and say has a long way to go. We stopped with a pre-alfa version of the game with the bare mechanics in place but are nowhere near where we wanted to be. The lack of artists or funding put the game at a halt. It is still playable though, but the further development is paused for now. We hope to take it up at a later point where the funding is better. But until that you welcome to test it out here.