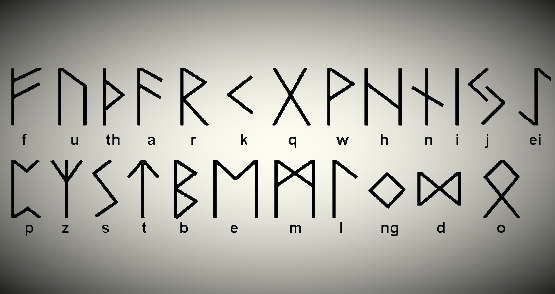 The elder futhark is an alphabet of 24 symbols used by the ancient germanic and scandinavian people. We have 5 facts for you about these mystical symbols.

1. There are many rune alphabets

As the name indicates there aren’t just one rune alphabet but several. The elder futhark is of course the oldest. The earliest known. runic inscribiton is the name, Harja, written on a comb found in Denmark. Dated 150 AD.
There are geographical variations as well.

2. The runes had individual names

The runes had meaningful names. As an example, the letter U, was named Uruz, translating to the Aurochs, a huge wild ox that is now extinct. The letter embodied the power of this animal.
You can se a a list of all the names, and their meanings here:

The meaning of the runes

According to Norse mythology the runes weren’t invented but rather a divine gift. Odin sacreficed himself to himself, hanging from a tree for 9 days and nights. Just before he died from the exertion the runes came to him.

The runes were more than a means of writing. They were also considered magical tools, either for divinition or for spells. Some spells were beneficial while others were harmful. For more on rune magic, see this blog post:

5 Runes were used for war

As the runes were considered magical it was given that warriors could gain protection or strength from them in battle. Runes could be inscribed on weapons and there is a poem in which Odin tells of many different rune spells, of which several was meant for warriors. You can read more about this in our post: 5 rune spells you’ll want in battle.

Update of A Rune a Day Keeps Destiny at Bay

Why Create a Game of Ancient Runes?

The Magic of Runes Explained