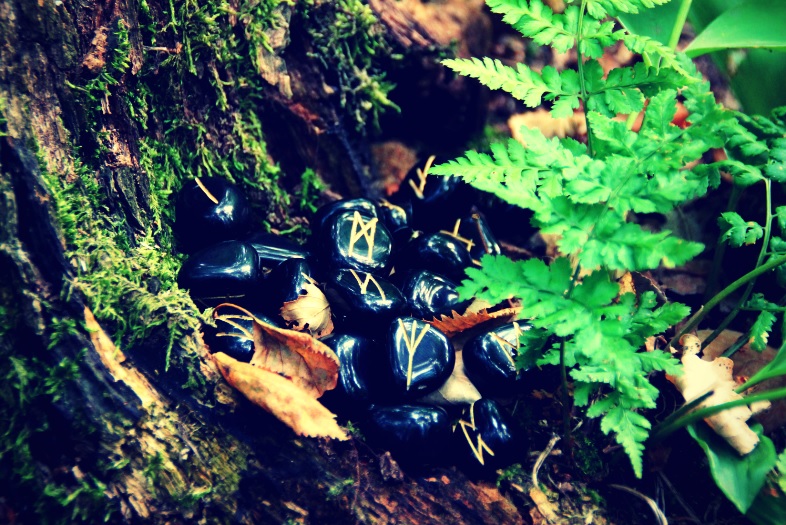 Runes could, according to the written sources, be used for different kinds of magic. There was a believe that the runes could help predict the future but also more actively, almost like a spell, tricker transformation. The poem Ljothhatal, a part of the Havamal, lists different runic charms. Say you want to light a bon fire but you forgot your matches or you just want to have a conversation with a dead man, Odin has got you covered.

But how does the runes actually work?

To us, modern worshippers of logic, they just look like another ancient alphabet. How did the vikings believe that runes could actually tell them their furture?

Firstly the vikings believed in a set future, in destiny. Destiny was a force stronger, than even the Gods, which is why Ragnaroc, the fall of the Asir, was inevitable. Prophecy and predictions therefore play a significant role in Norse Mythology and in the stories about the vikings. From birth the course of your life had been written or rather spun into a thread and there was nothing man or God could do to alter the outcome.

Secondly, traditionally words were thought to be very powerful. Once expressed, spoken, they could alter reality and as such had the power of transformation. The runes could be seen as symbols of these powerful sounds, and in that way the futhark alphabet had magical properties. If the runes where subject to destiny as well, it meant that if you cast them, destiny would lead them to fall a certain way, and so you could read your destiny through the runes.

Today runecasting is used by many different spiritual traditions: Asatru, Wicca and other’s in the pagan communities. Many modern runecasters do not share the notion of fate as something set in stone, and uses the runes to tell them the potential futures rather than THE future.

Try casting the runes for yourself in our mini game : A Rune a Day

If you want to venture further into this subject, we suggest reading Daniel McCoy’s book The Viking Spirit

For more on norse magic and mythology, please consider subscribing:

How to Cast Runes